There are many reasons to consider switching to one powered by electricity from a gasoline-powered car.Electric vehicles are quieter, have lower operating costs and produce far less total emissions well to the wheel. Not all electric cars and plug-ins are created equal, however. The EV charging connector or standard type of plug particularly varies across geographies and models. 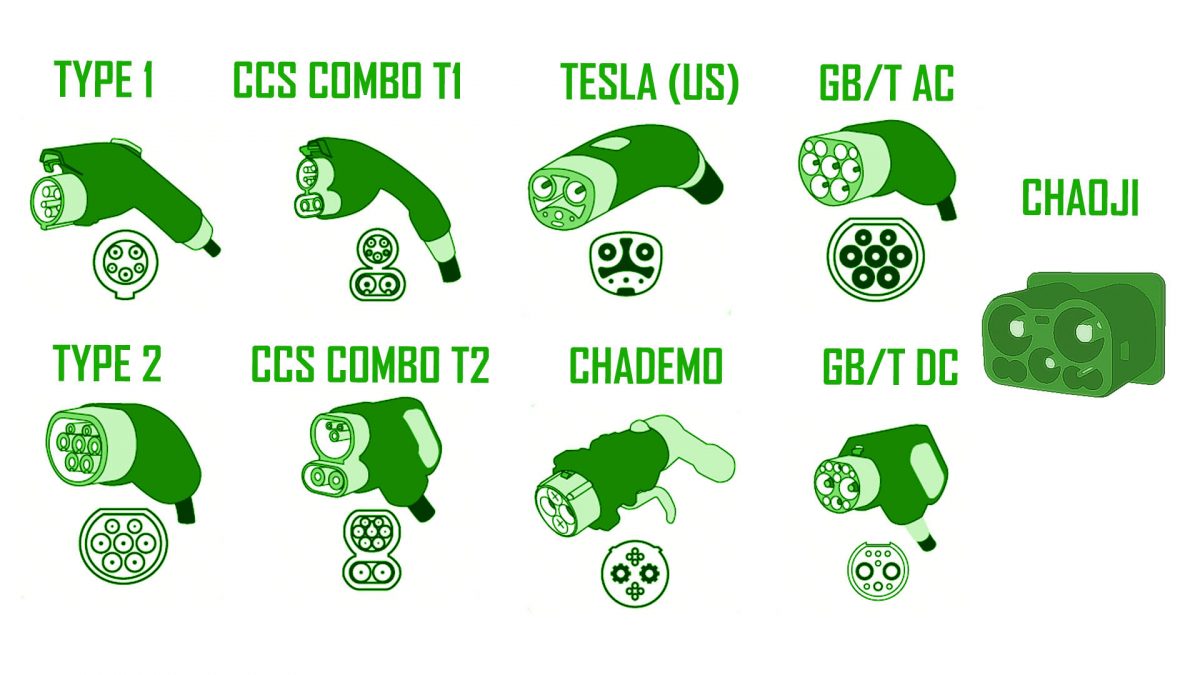 How do I know which plug-in my electric vehicle is using ?

While learning can seem like a lot, it's pretty simple really. All electric cars use the connector which is the standard in their respective markets for level 1 and level 2 charging, North America , Europe, China , Japan, etc. Tesla was the only exception, but all of its cars come with an adapter cable to power the market standard. Tesla Level 1 or 2 charging stations can also be used by non-Tesla electric vehicles, but they need to use an adapter that can be purchased from a third party vendor. For DC fast charging, Tesla has a proprietary network of Supercharger stations that only Tesla vehicles can use, no adapter will work on these stations because there’s an authentication process. Nissan and Mitsubishi cars use the Japanese standard CHAdeMO, and virtually every other electric vehicle uses the CCS charging standard. 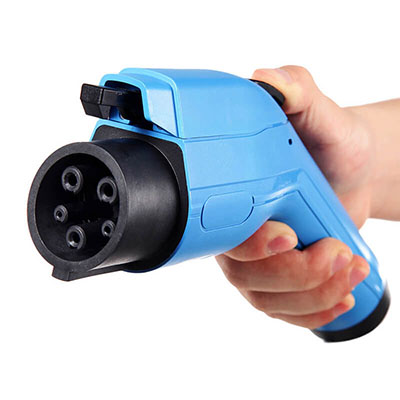 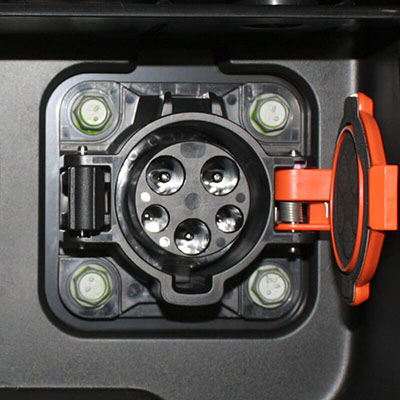 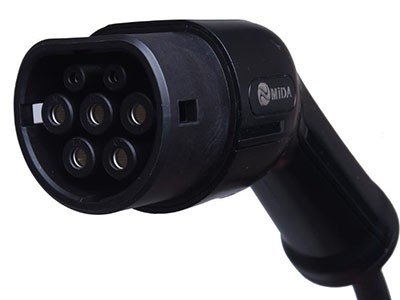 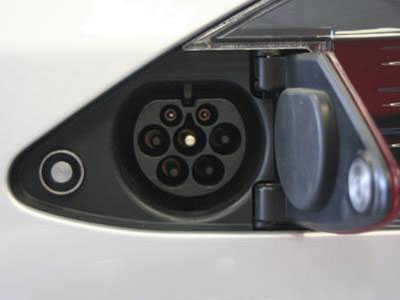 Type 2 connectors are often called ‘Mennekes’ connectors, after the German manufacturer that invented the design. They have a 7-pin plug.The EU recommends Type 2 connectors and they are sometimes referred to by the official standard IEC 62196-2.

EV charging connector types in Europe are similar to those in North America, but there are a couple of differences. First, the standard household electricity is 230 volts, almost twice as much as North America's used. There is no "level 1" charging in Europe, for that reason. Second, instead of the J1772 connector, the IEC 62196 Type 2 connector, commonly referred to as mennekes, is the standard used by all manufacturers except Tesla in Europe.

Nevertheless, Tesla recently switched the Model 3 from its proprietary connector to the Type 2 connector. Tesla Model S and Model X vehicles sold in Europe are still using the Tesla connector, but speculation is that they too will eventually switch to the European Type 2 connector. 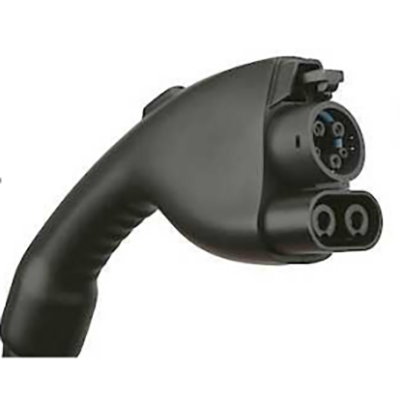 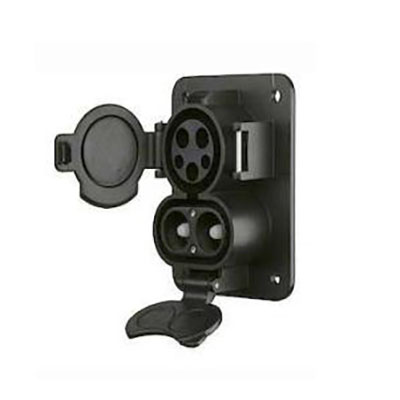 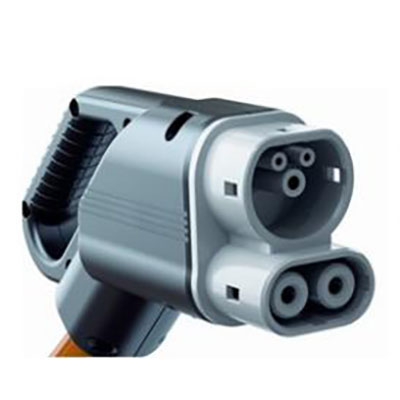 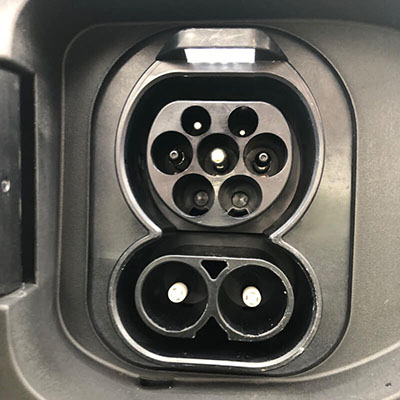 CCS stands for Combined Charging System.
Combined Charging System (CCS) covers Combo 1 (CCS1) and Combo 2 (CCS2) chargers.
From the late 2010s, the next generation of chargers combined Type1 / Type 2 chargers with a thick DC current connector to create the CCS 1 (North America) and the CCS 2.
This combination connector means that the car is adaptable in that it can take AC charge through a connector in the top half or DC charge via the 2 combined connector parts.For example ,If you have a CCS Combo 2 socket in your car and want to charge at home on AC, you simply plug in your normal Type 2 plug into the upper half. The lower DC part of the connector remains empty.

In Europe, DC fast charging is the same as in North America, where CCS is the standard used by virtually all manufacturers except Nissan, Mitsubishi. The CCS system in Europe combines the Type 2 connector with the tow dc quick charge pins just like the J1772 connector in North America, so while it is also called CCS, it's a slightly different connector. Model Tesla 3 now uses European CCS connector. 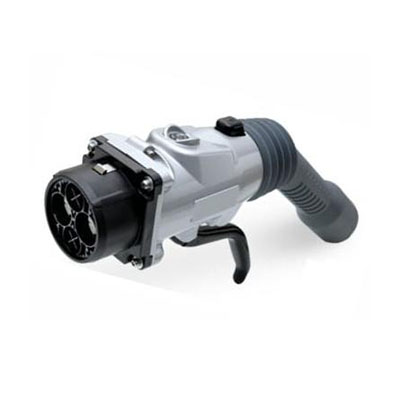 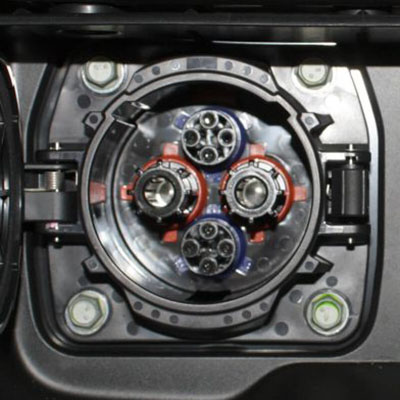 CHAdeMO: The Japanese utility TEPCO developed CHAdeMo. It is the official Japanese standard and virtually all Japanese DC fast chargers use a CHAdeMO connector. It's different in North America where Nissan and Mitsubishi are the only manufacturers that currently sell electric vehicles that use the CHAdeMO connector. The only electric vehicles that use the type of CHAdeMO EV charging connector are the Nissan LEAF and the Mitsubishi Outlander PHEV. Kia quit CHAdeMO in 2018 and now offers CCS. CHAdeMO connectors do not share part of the connector with the J1772 inlet, as opposed to the CCS system, so they require an additional ChadeMO inlet on the car This necessitates a larger charge port 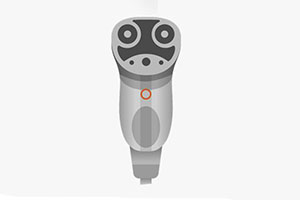 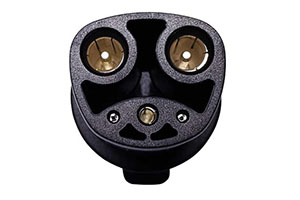 Tesla: Tesla uses the same Level 1, Level 2 and DC quick charging connectors. It's a proprietary Tesla connector that accepts all voltage, so as the other standards require, there's no need to have another connector specifically for DC fast charge. Only Tesla vehicles can use their DC fast chargers, called Superchargers. Tesla installed and maintains these stations, and they are for the exclusive use of Tesla customers. Even with an adapter cable, it would not be possible to charge a non-tesla EV at a Tesla Supercharger station. That’s because there is an authentication process that identifies the vehicle as a Tesla before it grants access to the power.  Charging the Tesla Model S on a road trip via a Supercharger can add as much as 170 miles of range in just 30 minutes. But the V3 version of the Tesla Supercharger ups the power output from about 120 kilowatts to 200 kW. The new and improved Superchargers, which launched in 2019 and continue to roll out, speed things up by 25 percent. Of course, range and charging depend on many factors—from the car's battery capacity to the charging speed of the onboard charger, and more—so “your mileage may vary.” 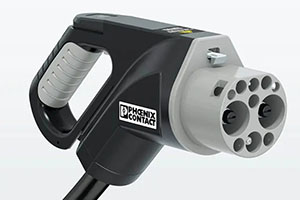 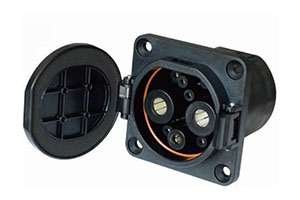 China is the biggest market – by far – for electric vehicles.
They have developed their own charging system, officially referred to by their Guobiao standards as: GB/T 20234.2 and GB/T 20234.3.
GB/T 20234.2 covers AC charging (single-phase only). The plugs and sockets look like Type 2, but the pins and receptors are reversed.
GB/T 20234.3 defines how rapid DC charging works. There is just one nationwide DC charging system in China, rather than competing systems like CHAdeMO, CCS, Tesla-modified, etc., found in other countries.

Interestingly, the Japanese-based CHAdeMO Association and the China Electricity Council (which controls GB/T) are working together on a new DC rapid system known as ChaoJi. In April 2020, they announced the final protocols called CHAdeMO 3.0. This will allow charging at over 500 kW (600 amps limit) and will also provide bidirectional charging.Considering China is the largest consumer of EVs, and that many regional countries are likely to join including possibly India, the CHAdeMO 3.0 / ChaoJi initiative may well dethrone CCS over time as the dominant force in charging.

Write your message here and send it to us